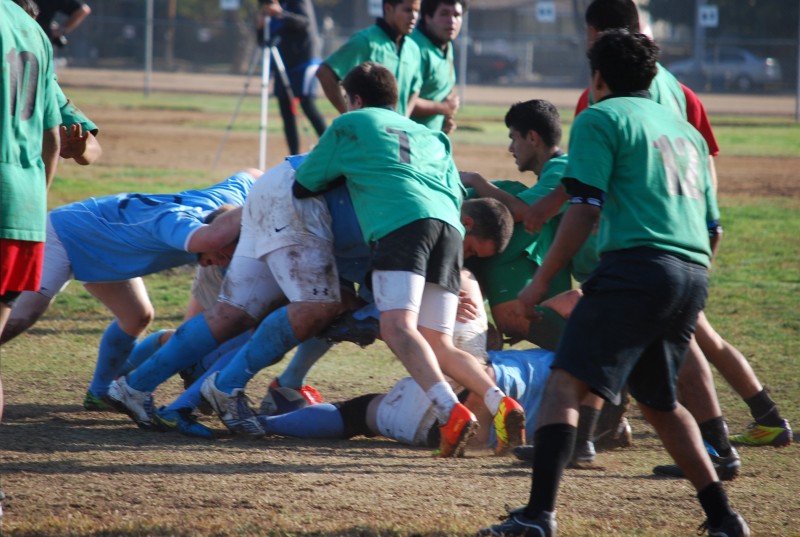 When Lana Shields, 68, came across a local newspaper article highlighting her once-rival high school in 2011, she paid particularly close attention. As she read about the school’s new rugby team and the giving coach that made it all happen, she knew she had to share that story with the world.

Shields teamed up with professional friends Nancy Fletcher, 57, and Cindy Ware, 55, and is now working to produce “Try,” a feature film that tells the story of the inner-city students at Roosevelt High School in Fresno, California, whose lives were changed by an unlikely sport and the unconditional kindness, generosity and encouragement of their Irish-American coach, Herb Breen.

The English sport of rugby is like a fish out of water at Roosevelt, Fletcher told The Huffington Post. The majority of the students fall below the poverty line, come from broken homes, often don’t leave high school with a diploma, and struggle each day to avoid the drugs and violence gangs bring into their neighborhoods.

Their resources for moving beyond these socioeconomic forces are few and far between, so when Breen volunteered to bring rugby to the school, he offered an unusual crew of boys an opportunity they couldn’t afford to refuse. He came across the sport himself first as a student reporter — and then as a player — during his time at the University of Cincinnati in the 1970s.

Building the team from scratch later in the fall semester, Breen spent many afternoons teaching the students how to play the game, guiding practices and arranging matches. They borrowed their first rugby balls from a neighboring school and struggled to gather the minimum of 15 players to take the field come match time, but that first season’s success had nothing to do with numbers on a scoreboard.

Years later, the rugby program continues to thrive at Roosevelt High School. The camaraderie, hard work and positive reinforcement the boys experienced on the team helped them rise above the challenges that once could have determined their paths in life. Now, Breen has founded a local rugby club for the community. And these three woman are excited put the story on film.

“The motivation that drove the coach to trusting the kids is the motivation that is gearing us to make this a successful production for the kids,” Shields told The Huffington Post. “We knew we wanted to do something that would create a loud voice. Motion pictures is one of the loudest voices we can create.”

While Breen serves as the father figure that held the team of young boys together (and continues to do so with his new students), Shields and Fletcher couldn’t help but notice that his wife, Barbara, keeps him going with her endless support.

“They have gone far beyond any definition of a volunteer,” said Fletcher. “Coach volunteers his time … They open up their house to these kids, they cook for them, he buys their uniforms, their shoes, arranges for transportation when there’s none available because most of the parents don’t even have cars. The lengths that he goes to are just unbelievable. He has such compassion for these kids.”

As Shields, Fletcher and Ware prepare to turn their inspiration from Breen and his team into a motion picture, they hope that their work inspires others to go out and perform good deeds like these witnessed in Fresno.

Watch the sizzle reel of “Try” below.

This article is part of a series produced by The Huffington Post highlighting the contributions of Go-Givers — people who are looking beyond a “Go-Getter” approach to success and redefining success to include the importance of giving back. To nominate a Go-Giver of the Week, email gogiver@huffingtonpost.com